Between the Bars was initially formed in December 2010 to provide opportunities for showcasing new writing and performing talent.  Our first full production was the musical Thrill Me by Stephen Dolginoff in 2012.  Since then, we have performed both new and existing works, in Cambridge and at the Edinburgh Festival Fringe, to fulfil our aim of discovering undiscovered talent.

Our last production was the musical Spring Awakening, music by Duncan Sheik with Book and Lyrics by Steven Sater, which we performed in October 2019 at Robinson Theatre, Hills Road, Cambridge.

We are delighted to finally announce our next production, after a long Covid induced hiatus!  We will be performing the award winning musical Once at the ADC Theatre, Cambridge from 5 to 9 April, 2022.  Based on the 2007 film of the same name, and featuring the Oscar winning song ‘Falling Slowly’, Once tells the story of a Dublin street musician and a Czech woman who are drawn together by their love of music.  With an Irish folk rock inspired score and a cast of actor / musicians, Once is a funny, poignant and uplifting musical about love, loss and hope.

There are few musicals which offer the opportunity for a fully integrated cast of musicians, singers and actors and we are delighted to be bringing this wonderful musical to Cambridge.

We are now looking to complete our cast for Once.  Full details are available in our audition pack. 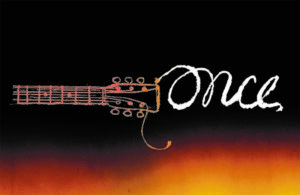